One of the perennial challenges facing the military is the integration of new technologies, platforms and methods. A current and pressing issue is the use of social media.

At first, it was dismissed as a fad, to be used by teenagers and geeks.

Then it was seen as a threat; users were seen as being in breach of Operational Security (OPSEC)!

Eventually, in 2012 the UK Ministry of Defence issued its first social media guidelines, a simple Do’s and Don’ts guide to social media.

More recently the British Army has gone further in recognising and supporting Social Media use and published an updated and much more relevant #DigitalArmy policy. This guide highlights the use of social media by all ranks as an effective channel to convey the many stories and messages that support the Army’s activities and objectives. Above all, #DigitalArmy focuses on the good use and the idea that the Army’s Values & Standards apply online, just as they do IRL (In Real Life).

Experience from the private sector has shown that not only is employee advocacy an important, often crucial, tool but when staff feel empowered and supported, they are far more likely to be actively and vocally supportive of their employer or employment.

So, it is clear, that to be effective, the policy needs to be understood by both users and commanders, and that there is a requirement for training. After all, no unit would be expected to operate a new piece of equipment or deploy into an area without prior training. Nor would the chain of command want to see this happen!

Many of us in the forces are familiar with the TEAM approach — this short piece will focus exclusively on the Train element.

The training of social media could be delivered through any number of ways; as a Mandatory Annual Training Test (MATT), possibly as part of the existing Values & Standards MATT, online like the cybersecurity training mandated for all MoDNet users or ‘on the job’.

However, I believe that the most effective method would be to teach social media in the manner understood by every soldier (sailor, airman and marine) — As a weapon system!

There are many similarities to a Weapon platform; Safety, Maintenance, Skills, Targeting, the need for Regular Training and of course different levels of expertise.

Every serving soldier (Regular and Reserve) should be taught the fundamental safety points of social media. This includes the Red-Amber-Green system from the 2012 MOD guidelines, as well as how to review privacy and security settings, and how to identify trolls and bots. This could easily be delivered as a MATT, and included within Phase 1 and 2 training for recruits. Although many young recruits are likely to be digital natives and confident in the social media use requiring only “test and adjust” measures to ensure it meets the Army’s ethos; there are also many aspects of Social Media that could present Safety and Security risks that are often overlooked.

Having completed a ‘weapon handling test’ MATT on social media, some will not wish to use the platforms for anything other than occasional personal use. Others will wish to use social media often, and some can gather large numbers of followers through engaging and entertaining content.

Through a good understanding of the Army’s key messages, the standards of behaviour expected and what to do when things don’t go according to plan, these users should be encouraged to be as open and authentic as possible (within the arcs of OPSEC/PERSEC) while remaining polite and professional, but NOT humourless or without individual personality.

These users might over time become your ‘Rock Stars’ but, if supported, can certainly be advocates and amplifiers.

Commanders, whilst encouraged to engage through their accounts as a leadership tool, should remain alive to emerging super-users within their units and formations. These accounts should be empowered and recognised for the effect that they can achieve.

Additionally, Commanders must be educated as to how to constructively deal with bad online behaviours, and also how to develop their people who show a natural talent for story-telling, photography and effective engagement.

Many should be encouraged to volunteer as unit Media & Communications Officers/SNCOs; others may wish (as I did) to follow a career in Information Operations (IO) in which the understanding of audiences and effective message design will stand them in good stead. Moreover,… perhaps become ambassadors for their cap badge or their Service.

Others may wish to train in Open Source Intelligence, Target Audience Analysis or Cyber… these should all be available to all users, regardless of rank or regiment. Their skills will be required across the organisation and wider Defence in the coming years.

@Ric_Cole is the Military Director at i3 Gen, a specialist consultancy that brings together Business Marketing with Military Strategic Communications and Information Operations. The combination of which brings added insights and value to both civilian and military clients. We have a particular focus on Digital and Social Media.

Ric will be chairman at the upcoming SMi Social Media in Defence conference in London 28–29 November 2018.

If you’d like to learn more about best practices and the positive impact that Social Media training can have then CLICK HERE to get in touch?

What are you thoughts? Cancel reply 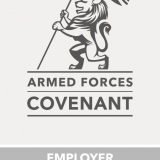 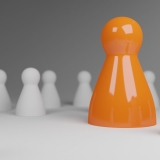 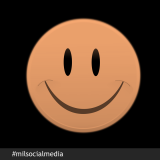